In 1919, Albert A. Duckett, a resourceful young man of 21, started selling ice boxes.  In the decade that followed, the invention of Freon led to modern-day refrigeration.  Mr. Duckett was an early adopter, growing his business to include refrigeration, plumbing, heating and, eventually, air conditioning.   A. A. Duckett, Inc. became a fixture on Route 130 in Collingswood, NJ, and began specializing in commercial customers.

In 1973, Albert Duckett was ready to retire. Elliott-Lewis Corporation purchased A.A. Duckett, Inc. and moved the Company to Delair, New Jersey.  A. A. Duckett continued to expand, acquiring other companies, including Welsch Waymar Company, Inc. of Cinnaminson, and Cooltech Corporation of Woodbury, New Jersey.

As a proud member of the Elliott-Lewis family of companies, A.A. Duckett, Inc. has extended its area of operation throughout New Jersey and into parts of Pennsylvania and Delaware.

A.A. Duckett, Inc. moved to its current facility in Glassboro in 1990, where it continues to earn a reputation for Exceeding Customer’s Expectations by delivering outstanding mechanical service, expert installation and innovative products. 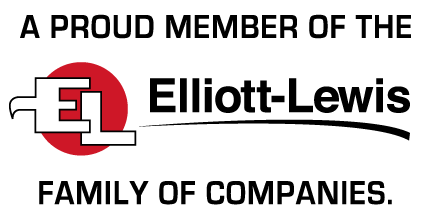